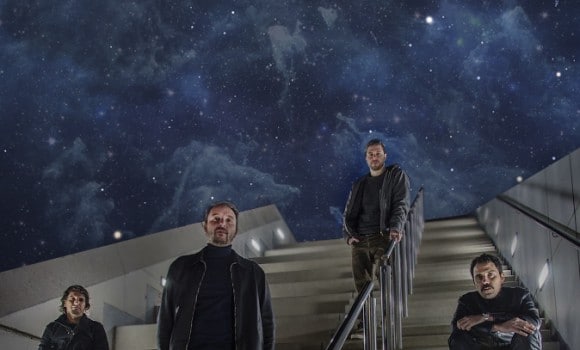 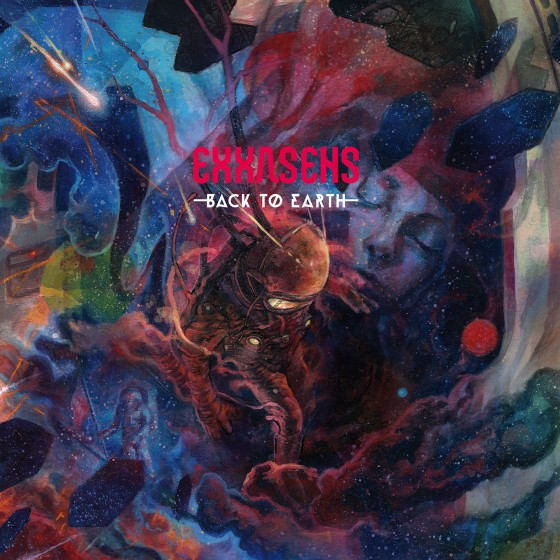 Exxasens, a project founded in 2008 by Jordi Ruiz and become established as a band since 2011, can be considered an instrumental rock band, or post-rock, but with hints that put them close to progressive rock and cosmic rock.

The sound of EXXASENS can be defined as a mix of different sounds, where guitars with long echoes, cosmic synths and a powerful rhythmic base prevail. Many influences can be recognized, from Pink Floyd, U2 or The Cure through instrumental bands like Explosions in the Sky or Mogwai.

Since they established as a band in 2011, they played many gigs both in Spain and abroad, sharing stage with important bands like Toundra (Spain), Maybeshewill (UK), 65daysofstatic (UK), Tides from Nebula (Poland), Sleepmakeswaves (Australia), Alright the Captain (UK), I’m waiting for your last summer (Russia) o The best Pessimist (Ukraine).

Their powerful live act is enhanced by brilliant visuals which make their shows extremely attractive. This allowed EXXASENS to play at many of the most important European festivals, such as Astral Fest (Moscow, St.Peterstburg, 2011 and 2012), AMFest 2014 (Barcelona),  Dunk! festival (Belgium, 2014), ProgPower (Netherlands, 2015), Festival Cruïlla (Barcelona, 2014), Primavera Sound (Barcelona, 2015), Bilbao BBK Live (Bilbao 2015), where they where acclaimed by public and critics. In 2016 they already have been announced in the lineup of  BeProg My Friend (Barcelona), in Romania, as well as a tour to present their new album.

Russia deserves to be described apart, as in 2016 EXXASENS will tour there for the 4th time, being in two of them the headliner of one of the most important instrumental festivals of the World: Astral Fest. In Moscow, St. Petersburg, Kiev and Ekaterimburg, EXXASENS has played in front of more than 4.000 people, achieving a very faithful  audience in Eastern Europe.

Check out the news about Exxasens