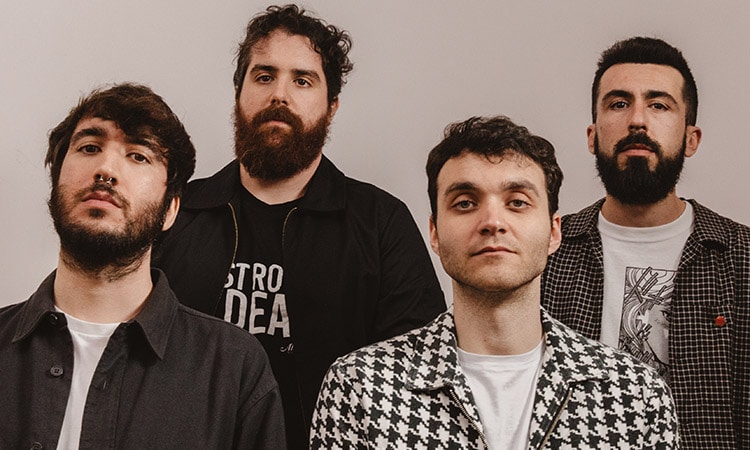 Even if the news shows the opposite, and everything looks like a gray scenario, Viva Belgrado has a lot to celebrate this week.

On the one hand, Mondo Sonoro has an exclusive release of the music video for ‘Más Trister que Shinji Ikari’, the second single of the long-awaited Bellavista. A song that will disturb more than one but that many others will understand perfectly. A theme that shows a constant evolution, non-conformism and experimentation in equal parts, but without neglecting those lyrics that touch us deeply.

They say that Viva Belgrado is a melodic-screamo band, but after two brilliant albums, they have acquired the license to present a groundbreaking song like this. Borders blur in its natural habitat and the comfort zone expands.

With ‘Más Triste que Shinji Ikari‘ Viva Belgrado tried to create a small and guitar-free song with which to dare to add vocal melodies and bring variety to the album. The idea was to make a lofi-chillhop base. The fusion of these styles gives rise to a reference to the character Shinji Ikari, since videos of these genres are often accompanied by the looped images of some anime.

Like Bellavista, the video was directed by Loïc Grobéty-Vega with Pablo Alzaga and Sandra Ramiro as the responsible of creative direction. It was recorded during a Sunday in February at the Espacio Gomina in Madrid.

On the other hand, the achievement of appearing on two covers of national music press is to be welcomed. Mondo Sonoro and Rockzone have decided that Viva Belgrado will lead their magazines covers thanks to ‘Bellavista’.

Jordi Meya and his team at Rockzone Mag have taken care of Aloud Music like no other, demonstrating a really particular and risky instinct. In January 2008, Nothink shared a cover with Biffy Clyro as the best albums of 2007. Some time later, Nothink once again shared the cover with This Drama and Angelus Apatrida. In 2012, Toundra was the protagonist of such an emblematic honor. That’s why for many people, we were “the label of Nothink and Toundra”.

The people of Mondo Sonoro, and especially Joan S. Luna, also supported the label from the beginning. It was in November 2013 when Fira Fem managed to be the only label’s cover band in Mondo. Perhaps at that time, many people understood that our label edited the music they liked and that the stylistic corsets had been broken forever.

Years have passed and here we are, at our own pace and on our way. It has also been 4 years since “Ulysses“. Already, 4 years for this. This month of April 2020, Viva Belgrado are the cover of Mondosonoro and Rockzone. These covers are a prize to a huge band, unique, unrepeatable, that has to see how after 4 years of struggle, its “Bellavista” will be published in full confinement and with no option to defend it live (that seems for now), which is its natural habitat.

From now on, for the new ones, we will be the “label of Viva Belgrado”, and perhaps you will be encouraged to dive into our catalog that is on the way to the age of 20 years old and you will find jewels to enjoy in these days of compulsory confinement at home. Our attempt is to continue editing good music, honest bands, sincere songs, to entertain you as much as possible. #quedamuchoAloud #solobuenasnoticias #somosentertainers