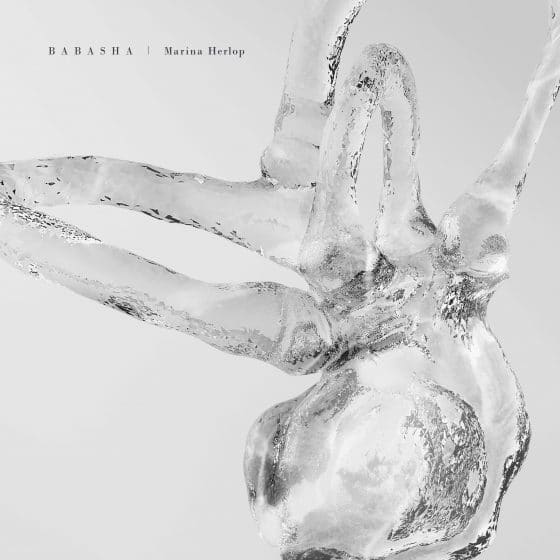 Produced, recorded and polished by Borja Ruiz and edited by Aloud Music Ltd: Borja and Aloud I gift you with my heart. If I put together all the times I’ve been making this album I probably come with the best slide I’ve ever gone down and the conclusion I get is that I’m enjoying life, it’s being grand and ok I don’t like time passing by but it’s also getting interesting, I’m starting to understand things I didn’t understand five years ago and that means in five years time I’ll probably have learned others about which I don’t have any clue now. I would recommend life to someone that hasn’t been born yet.

Composing and recording this album detached me from this PVC world and kind of reconfigured the software of my cortexs. Last summer and autumn I got this sort of enlightened feelings, and before they stopped I wrote this peroration so that I didn’t forget why I had spent hundreds of hours making some songs that last a bit more than half an hour when you put them all together. I thought that, like the album, this text was worth spreading too and I don’t care if it’s too long it’s the space I needed:

There is no extramusical reference sheltering Babasha. The only principle that has led its creative process has been an aesthetic one. My will has been to create some music that is self-contained and thus does not intend to describe emotions, ideas, landscapes, characters or scenes of my own dramas. The only semi-exception is the song Bus II, once again dedicated to my friend Mariona; I think this is the most beautiful song in the album and that’s why it’s for her. The images that the listener or myself can associate with the music will be free and licit but always dissociated from its creative process and reason of creation.

Most of the composition was done during the summer of 2017, and we recorded in October and November of the same year. I’ve been very immersed in these two phases, which I consider the most pure in the whole process. There, being so in contact with the matter, I’ve been able to significantly abandon the thoughts that constantly interfere with everything I see and do. I’ve experienced feelings of breaking off with my own subject, as in ecstasy I guess, and through them I’ve come to new conclusions in a more illuminating way than if I had done it in conscience through my brain’s left hemisphere.

I aimed to find harmonies that fit in musical structures with their own meaning, their own sense, to weave balance between all of these songs’ elements such that each one of them could stand alone. By doing this exercise I’ve been able to intuit the existence of certain patterns or archetypes hidden in nature that are more relevant than the will of the creators themselves. Instead of engendering anything, when I composed I had the feeling that my mission was to obey these extemporary laws reflecting our zeitgeist.

I don’t understand the creative process as a territory of freedoms but as a territory of limitations, a combinatiorial game. I think that the identity of each composer is the result of the style with which she or he respects or subverts these structures exhorted by nature – and culture later on. I feel that practices such as the seeking of a climatic point and the satisfaction or breach of expectations, or this tension created between the key of the piece and the exploration outside of home, are tendencies that we can find in other branches of art as well as processes that happen all the time: I think there are similarities between a song, a text, a conversation, a storm or the cycle of seasons; it’s all the same. We can draw metaphors between disciplines because, after all, every stimulus we perceive is filtered out by the same schema of the human mind.

I think that good music, namely the one that produces fruition because of its good construction, consists in a fortunate balance, present within the constellation shaped by the apparent elements that constitute it. I don’t think that those elements – rhythm, melody, beat, instrumentation, harmony, tempo, dynamics – really exist, because music is a conglomerate of sound after all, but we must conceptualize, divide and simplify in order to organize it, to work with it in a sophisticated way and communicate with each other.

As music happens through time, we have the impression that it is lineal, but the value of each part of these elements depends on the parts that precede and follow it – the first note doesn’t sound until the last one has -, and on the rest of the elements, also from the beginning to the end of a given piece. That is to say, that each note refers to and affects all of the other notes, and not only that: it also responds to each of the rhythmic figures, each metric change, each instrument, each modulation and each dynamic marking. It is difficult to achieve a balance in this festival of elements – to reach it one requires a sharp and trained intuition – nonetheless it can and does happen across all musical genres and eras. There is a relative consensus between us about it, because it produces a given sensation; I do not think that it is based on objective criteria, but the matter is not merely subjective either, that is why some artists or oeuvres are consistently more acclaimed than others.

This record has been, for me, a sort of portal to the intricacies of this infinite reality, perhaps created by the human mind but certainly found beyond, embracing, the matrix of the individual, in turn leading to a staggering of the fundamentals of my own identity. My poor self, to which I have always dedicated all sorts of attention and care, has presented itself as a futile and very perishable thing in comparison with these findings, and it makes me laugh. Suddenly, I am lighter, less important and freer; I see myself as even more lost in this idontknowwhat. And it is ironic, because it would seem as though a solo musical project should tend towards narcissism, yet the further I delve inside of it, the more my ego seems to wither. I think that it cannot be any other way if one is understanding things correctly.

I have the feeling that our culture has renounced very quickly to the idea of god, and has tried to fill this void with small figures of the human order. In my opinion, the big questions remain by far unanswered, and music is what works best for me to supplant this existential orphanhood, because it concurs with the systole and diastole of the universe that is behind our grand drape.

The search for self-realization and recognition are, in part, the religion that our moment has proposed to us, and a motor that ensures productivity. My short experience, however, teaches me that the quality of a life based on doing things for the applause is less than optimal. Making this record, I have realized that I was understanding it all wrong – it’ll be arduous to reconfigure – because I think that I had centered my musical development around the self above music itself. The argument should have never been myself (to begin with because our senses offer us stimuli far more potent than our egocentric thoughts), besides I begin to understand that there is no such thing as ‘myself’.

While constructing and recording this collection of pieces, an implosion has occurred in me for having understood that my own finitude, mediocrity and roughness are traits that should not make me feel guilty: everything matters a little less than I thought. This kind of illumination coexists with vanity: it is one of the contradictions that inhabit me.

Babasha has not yet seen a day’s light as I write this, but I have the feeling that the disquisitions I here share are its most important teachings, that as far as I’m concerned, this has been its role. I hope that you too find some use in it.