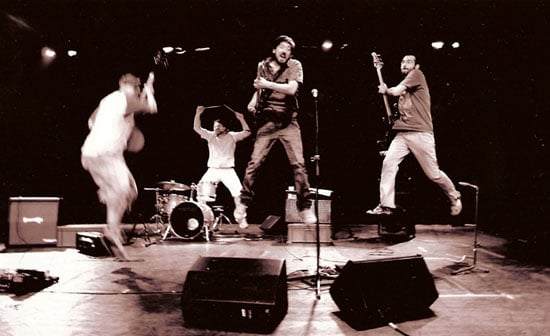 Raydibaum were born in Barcelona in 2000.

With a good mix of intensity and emotion, Raydibaum knot their own style, giving strength and feelings to a music that gets inspiration from bands like Death Cab For Cutie, Jeff Buckley or Sunny Day Real Estate.

At the beginning of 2004 they recorded their first 5 songs and the label Cydonia released them on a EP called “Grided Elephant” (Cydonia 2004).

On October 11th 2005, Raydibaum relased “The Biggest Box“, their first album with Aloud Music. Good reviews came soon and the first concerts were successful, including a sold-out show at Bikini (Barcelona).

In 2007 they began to write their next work, completely sung in Catalan, and left Aloud Music, leaving us with a great memory of them as musicians and human beings.