Born in Barcelona at the end of 1998, HEDTRIP made themselves a name with 2 demos published in 1999 y 2000 and their great live shows in Spain and Portugal.

Their first album “The Last Imposible Desire“, well received by the pess and giving fresh air to scene that was becoming every day more boring. Rock and emo wonderfully combined. Una mezcla de Rock y Emo combinados de forma maestra. This brough to play in tens of festivals and be the opening band of Söber, Hamlet, Machine Head …

In 2004 they released “About Useless Needs“, a ROCK album that brought them to tour Spain for 3 years, showing one of the purest evolution this country has ever seen. as well as playing with bands like Life of Agony, Q and not U, Limp Bizkit o Engine Down.

In 2006 they joined Aloud Music and “ROMA“ was released in December 2007, an album that brought them to tour again Spain with many sold out shows:  Barcelona, Madrid, Murcia, Vitoria, San Sebastián, Girona, … 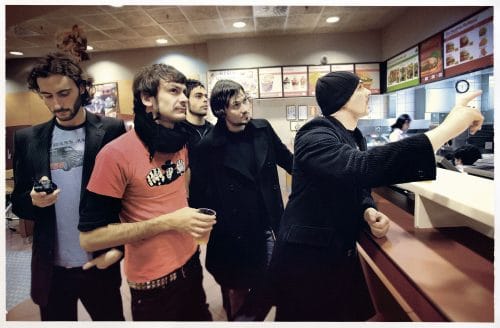